You are here: Home / Terrain Mapping and Site Characterization / Geohazards

JDMA staff have extensive experience in mapping, classifying, analyzing and reporting on different types, occurrences and causes of terrain hazards and assessing the risks to existing or proposed infrastructure. Studies start with stereo air photo and LiDAR terrain analysis, and may include 4D (space-and-time) re-construction of geological frameworks and events (where changed conditions are detectable in multi-temporal airphotos and satellite images). Office studies are often followed by field investigations to inspect critical terrain features. One of the more common hazards mapped and assessed are large slope failures and debris flows on steep mountain slopes and in river valleys. Studies include searches for evidence of slope instability along highways, pipelines and railways, at tunnel and bridge sites, on lands in and around cities, and at industrial plants and commercial buildings. Slope instabilities include various types of active and dormant landslides and creep movements, cave-ins from the solution of underlying evaporite beds, and ground subsidence over abandoned underground mines. 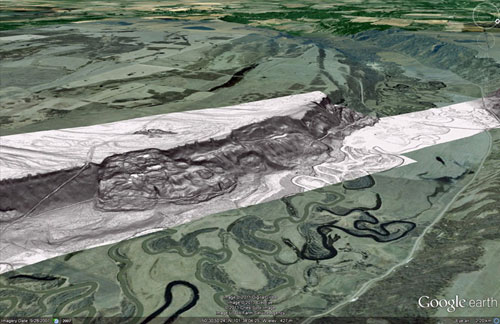 The most common slides along major valleys in the three Prairie Provinces are large failures characterized by progressive and episodic creep movements, typically a few centimetres a year, along horizontal bedding planes and bentonite seams in flat-lying overconsolidated bentonitic Cretaceous clay shales. Dormant slides of this nature are easily reactivated from water stored in sag ponds, by river undercutting, and by human excavations at the toe of slides. Hundreds of these shale slides have been mapped and the cause of their failure analysed and described by JDMA staff. In one study, JDMA undertook airphoto mapping of shore conditions in the Qu’Appelle River valley, Saskatchewan, following a major flood that resulted in over a million dollars damage to recreational lands and cottage properties. Most of the damage was located along the shores of the Fishing Lakes, Crooked and Round lakes. At much the same time, active and dormant slides were mapped and described along these same resort lakes, and along both sides of Last Mountain Lake.

Our engineers and geoscientists have identified and analysed various geohazards in mountainous terrain, including rock slumps, debris flows, rockfall and snow avalanches, talus accumulations, and rockslides originating along the top and sides of steep cirque headwalls, where mine sites are proposed in mountainous terrain. Huge rock slides and fault-like sackungen features have been mapped at sites along the Columbia River valley, where large hydro dams and reservoirs have now been built. Some of these slides are still being monitored – for example, Downie Creek Slide and slides along slopes above the Mica Dam reservoir.

In all cases, JDMA combines their expertise in stereo air photo and DEM analysis with the latest available maps and field data to identify and assess potential geohazards and to develop information used for risk assessment, monitoring and mitigation.

A Legacy of Excellence 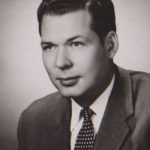 J.D. Mollard and Associates (2010) Limited is a professional engineering, geoscience and environmental consulting firm based in Regina, Saskatchewan, Canada. Dr. Jack Mollard founded the original J.D. Mollard and Associates Limited in 1956, and over the next five decades Jack and his firm carried out more than 5,000 consulting assignments for governments, academia and private industry, across Canada and around the world. END_OF_DOCUMENT_TOKEN_TO_BE_REPLACED